January 27, 2015
The slow cooker has been a lifesaver lately. Between both girls being sick over the past week and a half and having taken on additional work responsibilities myself, being able to make dinner early in the day and have it ready when we are has made life a little easier and has helped us avoid grabbing less healthy options.

One of the biggest hits last week was this Quinoa Chicken Chili. I have this strange aversion to eating chicken when I've seen it raw, and I usually fight a super strong gag reflex when attempting to prepare raw chicken. But this chili uses frozen chicken breasts, which are the lesser of the raw chicken evils. Plus, I buy individually wrapped frozen chicken breasts at Costco, so I can cut off the top of the plastic and dump the chicken in the slow cooker without ever touching it.

I kind of go to my happy place while doing it and the next time I see the chicken it is cooked, so this recipe is a winner for many reasons. You can find it HERE on my Pinterest Food & Recipes board.

We ate it with our new favorite Artisan French Bread, which Megan introduced me to and the recipe for which can also be found on my Pinterest Board.

These moments. They make the ones that are the extreme opposite more bearable.

And I discovered this. Which is absolutely worth sharing. I bought the Cookie & Cocoa Swirl butter last time I went to Trader Joe's. Then I got home and wasn't sure how to best enjoy it. My first experiment was in oatmeal. Fail. So I read the side of the jar, which suggests pretzels. For a reason. And that reason is that it is delicious.

Sunday was Scott's birthday so we celebrated all weekend. On Saturday, we went skiing. Ellie Bean finally had the courage to go down next to one of us rather than between our legs! 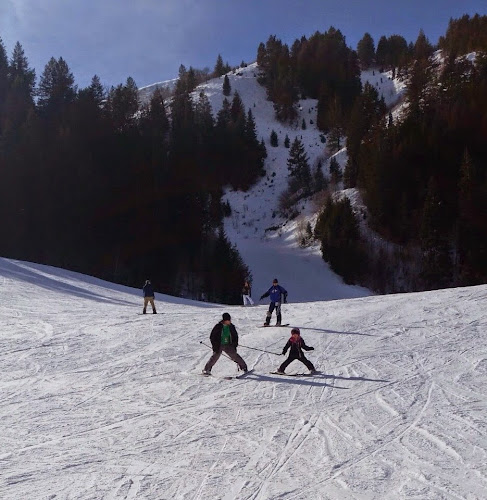 Grace got to be my ski buddy and showed me her ever-improving skills. 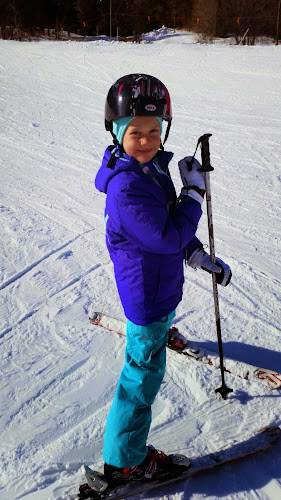 We also went bowling. It isn't Scott's birthday until we've gone bowling. I won. Not to brag. It's just a rare thing, so it must be noted for posterity. There was also dinner and cupcakes involved.

Then Sunday I made it the birthday of food. There has to be some language in which birthday translates as food. Because we had French Puff Muffins for brunch and one of Scott's favorite dinners (which involved handling raw chicken and was thus a true expression of my love) and chocolate cheesecake for dessert.

Yes. This made me laugh. Gluten might be one of my favorite things in this world. See above food images for confirmation.

And yes, there is a difference. I'm so glad the BYU indoor track is smart enough to acknowledge that there is indeed a difference between joggers and runners.

Marathon training is well underway. I took it a little easier last week and did only the four runs on my training plan. I am still struggling with my piriformis in my right leg, so I took Saturday and Sunday off to give it a little time to recover and heal. Two consecutive rest days are a rare thing during marathon training but I can already tell it was worth it!