I run alone. Or with my two girls in the jogger. I don't have any running friends. 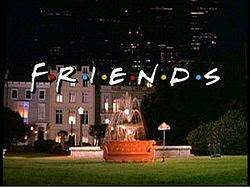 I actually don't have a lot of friends, runner or non-runner. I am a homebody and a pretty private person (although I am really trying to put it all out there in this blog); these two things do not help me make friends. The whole private person thing also means I am somewhat particular with who I call a real friend because I want to surround myself with people I can totally be myself with and trust. I am also not the type of person who needs a regularly scheduled "girl's night out" to stay sane; I love spending time with my husband and girls, which leaves precious little time for other people (emphasis on precious). And I spend enough time with other moms (mostly my awesome cousin Jen) to get a regular dose of adult conversation.

Now that you know those things, you should also know how much I am loving the runner's world I have found in Bloggyland. I love the honesty, the inspiration, and the encouragment. You have NO idea how excited I get to see a new comment on one of my posts (well maybe you do). So to say thanks, and to get to know more of you who have stumbled upon my blog, I am having a giveaway. It is not sponsored; it is not big. It is just a measley little $15 gift card to Sports Authority from me to one of you. I chose Sports Authority because you can use it online or in the store, so it doesn't matter where you live. Anyone can win.

To enter, all you have to do is:

That's it folks. You don't have to follow me on twitter or visit any Web site. Just say hello. I will announce the randomly selected winner next Friday, August 7th.

Note: Reading back over this, I realized I sound a little pathetic. I really am not. I just don't have time to make it sound less pathetic, so I'm going to post it and put it all out there, like I said I would.
Posted by Unknown at 2:40 PM 51 comments:

Just dropping in for a quick update. Still working on lots of posts that should (hopefully) be more interesting than this, but there are not enough hours in the day and days in the week. Here are the highlights since my last post: 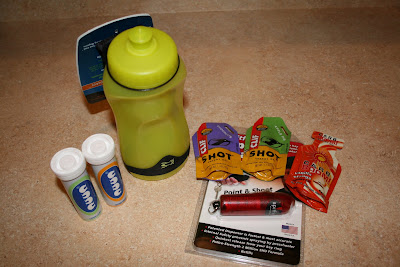 I will now leave you with the words that have been going through my head all day:

(Yes, those are the words to a Hannah Montana song; I have a 3-year-old little girl so that's what you get. And you have to admit, she's got a point!)

I have several posts in progress but wanted to do a quick update on my progress before I forget. I was really trying to hit my first 30 mile week last week but ended at 27. My long run was 13 miles or 12.8 according to my car since my Garmin died at 6 1/2 miles so I had to drive my route to get a total. When I turned my Garmin on, it gave me a low battery warning. About two miles in, I was not yet loving my run and told myself I would go home to finish on the treadmill if my watch died. When the screen went blank, I just kept going. I knew if I went home, I would be done; there would be no treadmill miles. So I calulated a route that would bring me close to 13 miles and just ran. The funny thing is I plugged my iPod into the computer the night before thinking the battery might be getting low. I now know I would rather run without music than without mileage, so the Garmin will be fully charged the night before any future long runs.

My long run had two highlights:

So another running week begins. I'm aiming for 30 miles this week, with 15 for my long run.

"We all have our own FAST"

I was catching up on my motivation (aka favorite blogs) and found a perfect blog post. Check out The F-Word!
Posted by Unknown at 2:31 PM 1 comment:

In spite of coming up with (what I consider at the time) great blogging topics every time my feet hit the pavement, I can't remember any of them now that I am sitting down to write. It doesn't help that I made the HUGE mistake of letting my girls miss their naps and now have two tired, whiny children. My nerves are shot and my brain is fried, so what better time to blog??

In a weak attempt to share something of some interest to someone, somewhere, I am resorting to bullet points. Here are some of the recent running thoughts that I can remember having: 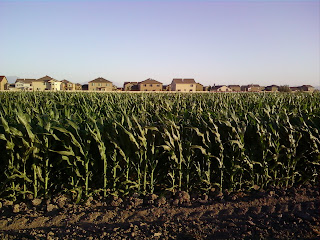 "Crystal Clean and No Caffeine!" That was the award I once earned at a family reunion. Lack of sleep due to two children, a soda-loving husband, and the wonderful sweetness of Dr. Pepper have stripped me of that title! It is too easy to find an excuse to drink DP - lack of sleep, a headache, or even that the caffeine will give me a little extra boost for my run (pathetic, I know). I have been thinking a lot about this lately, prompted by the fact that my three-year-old always wants a drink of my drink. Here is what my thoughts have amounted to: 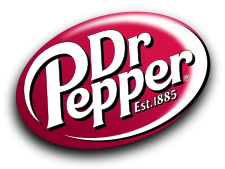 Second on the Fourth

I ran my second 10K on the 4th of July, and it was great!! It was the perfect start to an All-American 4th of July. I debated running the race until Friday. My sister-in-law has started running and asked about a good race to run on the 4th. I ran the Freedom Run 5K a few years ago and really enjoyed it. The race is well-organized, and it follows the same route as the parade (which starts shortly after the run), so there are tons of people there to cheer on the runners and lots of kids with their hands out to give the runners five (which is one of my favorite things because you can hear them counting how many people take the time to slap their cute little hands). My sister-in-law signed up for the 5K, and Friday I decided running a good 10K would be an acceptable substitute for my long Saturday run.

After meeting my sister-in-law to make a potty stop and wish each other luck, we went to our starting lines. I stood between the 9 and 10 minute mile signs and waited what should have been about 10 minutes. There was no starting gun, but I was starting to need to go potty. I debated making a run for the port-a-potty, and 10 minutes later stood there wishing I had just gone when the gun finally sounded. After two miles, I knew I would have to stop. I usually just take a few swigs of water before a race, but drank 3/4 of a water bottle on my way to the race that day. Never again!

There were two or three port-a-potties set up every block or so, but they were all on the opposite side of the five lane street. I kept going, keeping an eye out for one on my side. Finally there was one lone potty. I dashed in, did my thing, and ran out to finish the remaining two and a half miles. In spite of a tough uphill first mile, the last 1/2 mile again uphill, and a potty stop that I figure added about 2 minutes to my time, I finished at a strong and steady pace. And my time was over two minutes faster than the 10K I ran on May 23.

My Stats
Chip time: 57:48
Pace: 9:19
(I figure it was really closer to 9:00 when you figure in the potty stop!)
My legs felt strong and didn't hurt much the day after, my tummy didn't bother me during or after the race, and my brother and sister-in-law were there to cheer me across the finish. It really was a perfect run, topped off by meeting my hubby and girls and lots of relatives to watch the parade, then off to a BBQ and watching the kids run around and blissfully enjoy the day until the fireworks finished off the day. Hope you all had an equally wonderful Independence Day!
Posted by Unknown at 2:01 PM 4 comments:

Gotta Go - Take It and Run

This week's Take It and Run Thursday is Running Fireworks, running related conflict, controversy and commotion, in honor of the 4th of July. The first thing that came to my mind was potty stops. I've had several discussions, both with runners and non-runners, about the inconvenience of needing to go when running, particularly during a race. When I first heard that people (intentionally) pee on themselves during marathons, I thought twice about signing up for my first. Horror stories about the port-a-potties haven't helped. And I can honestly admit I am already worried about being in the "gotta-go" situation during my first marathon. So now you know what causes controversy and commotion in my running world. Potty stops are my running fireworks. If you have any relevant advice or comments, please share!!
Posted by Unknown at 3:17 PM 3 comments:

...for writing that song, because "I feel good!" That was the song going through my head at the end of my Tuesday run last week, even though it isn't on my iPod. After missing my Monday run last week, I really put everything into making the most of Tuesday's. Even with company in town part of the week and one run that didn't even begin until 9 pm, my running week was pretty good. I don't know if it's because it is summer and there is more going on, or if it is just the way life is, but I am still having a hard time getting in five days of running. I felt a little better about my consistent four days of running each week after reading the beginner's marathon training information in Runner's World that says to run four days with three rest days. How many days a week did you run to train for your first marathon?
Posted by Unknown at 3:00 PM 2 comments: