I scream, you scream, we all scream for (homemade vanilla) ice cream!

June 17, 2015
One thing that drives me C-R-A-Z-Y is bad customer service. Target qualified in this department recently.

I ordered this swimsuit, and getting it here was quite the ordeal. When it finally arrived, I was disappointed to realize the keyholes where the bottoms tie at the hips are less than flattering on my body and that I would needed a smaller size in the top.

I'm happy to report that returning it was a much easier process. There's just something about working with someone face to face. So now I'm waiting for this one to come. Keep your fingers crossed that I have more success with it. And that getting it here is smooth and painless. 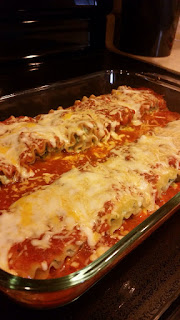 What has been smooth and painless is eating better this week. I know I'm only halfway through the week, but I'll take it. Monday night I made lasagna rolls. I was making lasagna rolls long before the first recipe or photo of them was ever posted online; I just decided to roll the noodles up one time because it seemed easier than making a big old pan of lasagna for two people. I realized the other day that I probably haven't made them since before I had Grace.

In the past I always made them just like lasagna, loaded with meat sauce and cheese. This time I left out the meat and loaded them with spinach, cottage cheese and ricotta. I used this recipe. Ellie more than approved, and Grace said they were pretty good, which is a two thumbs up coming from her! 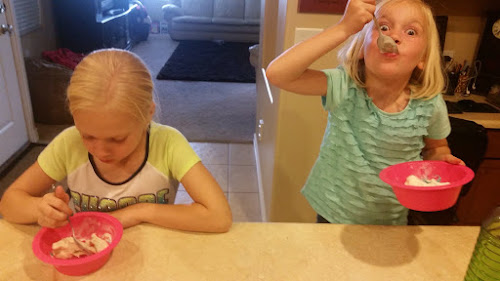 Also much approved by both girls was the homemade ice cream they made in bags a few nights ago. However, the bags full of salt and ice began leaking before the ice cream was completely set up so they had to finish freezing them in the freezer. But it was still delicious!