Can you guess that 80s movie?

June 24, 2015
We have made going to the Strawberry Days carnival an annual tradition. I snapped this picture last year... 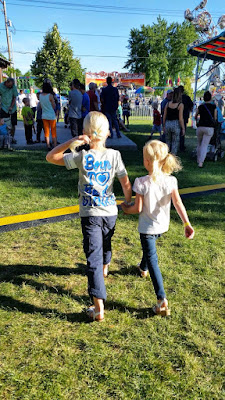 ...and this picture this year. 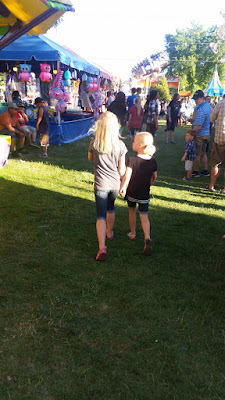 I kind of love when they are best friends.

I run by here during most of my runs lately:

But am going to have to map out a new route because the last two times I have run past it, the smell has made my stomach turn. Like almost puking kind of turn. Can't have that mid-run unless it's run-induced puking. Then it's a whole other story.

Friday the girls and I drove to Idaho and back. So sunflower seeds were a given. My grandparents are moving into a much smaller home and my grandma wanted to give me her China, so I went to pick it up before they moved from Idaho to Utah. My grandparents are 91 and 99 years old and have a little reluctantly decided to finally move into a retirement community.

Almost seven hours in the car? NBD for these girls. They were awesome. 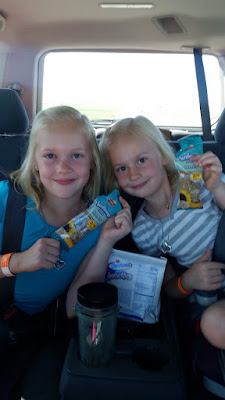 Not so awesome was that our air conditioner broke the night before our Idaho trip. Luckily Scott found somebody at work who knew somebody who could squeeze us in Friday evening and get it fixed. Otherwise we were looking at an appointment five days away. With this as the forecast:

Saturday I got to run in Park City for a beautiful 12 miles. Two miles in, I remembered how much I hate carrying something when I run. And this water bottle is probably my least favorite of the ones I have to carry. I love the bottle because it keeps my water cold for a long time. I just don't love carrying it. So I ditched it after two miles and routed my run so I'd pass by it a few times. 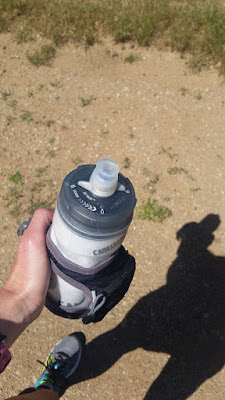 My run also took me past a bunch of Wasatch Back Ragnar runners at one point. I ran alongside them for about 1/2 mile until they turned off the trail I run on. On my return through this same section, I tried to be extra cheerful with my "good morning" greetings since most of the runners looked like they wanted to die. 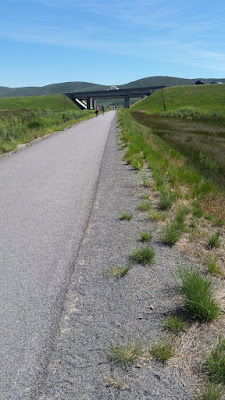 Saturday night we went to the Owlz game because it was Father's Day weekend and after his girls, Scott's next favorite thing is baseball. 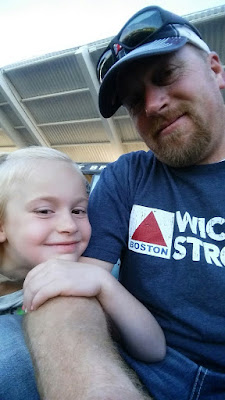 Add in Roger Clemens throwing out the first pitch, and it was pretty much a perfect combo for Scott. He has been a Clemens fan since he was a little tike. 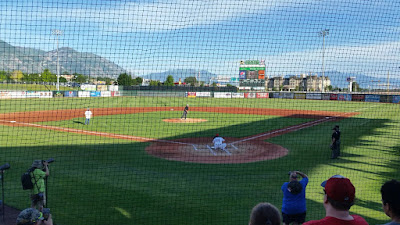 And of course Scott and the girls were off getting goodies when the Mascot came to our section and wouldn't leave until I took a selfie with him. Note to self: put your phone away and look enthralled in the game the next time the mascot wanders by. 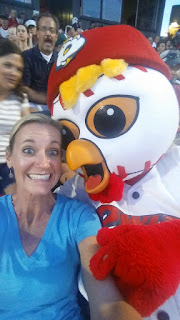 At the end of the game, our girls got to run the bases. Then there were fireworks. It was a pretty spectacular evening, mascot selfie and all.

And just a little reminder:

Last but not least, here's a pop quiz for you. Scott and I thoroughly enjoyed watching this little blast from the past last week. Can you name the movie this parting shot is from?