A giant tub of popcorn is almost as good as running. Almost.

May 11, 2015
I was supposed to run with Janae this morning. But I actually haven't run since our adventure last Monday.

Before Boston, I was having some lower leg pain in my left leg. I can't pinpoint where the pain is exactly. It just aches. And when I roll it with the stick or when Scott rubs it, there are several VERY sore spots and lots of knots.

So I'm giving it some more time off from running, will continue to work those knots out and keep cross training my little heart out. Since the only things that make my leg hurt worse are running and jumping (in other words anything with impact), there has been far too much ellipticizing going on and a little of this as well... 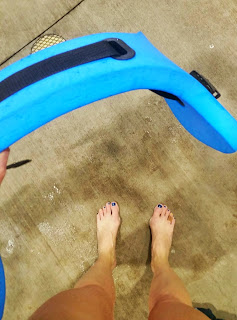 Luckily I've also had some distractions. Like a midday movie last Friday. With kettle corn. For the record, when I don't eat breakfast before getting a giant tub of popcorn, I am able to eat almost the entire thing. Seriously. I bet I ate all but two cups of it. And I would have eaten that too if I hadn't felt an obligation to share. 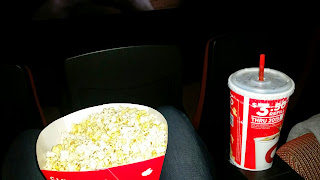 Friday night we had some serious partying going on at our house. Eight kids isn't bad at all when they are some of the best kids around. We even successfully walked to the grocery store to get ice cream cones. But I won't be adding six more to my brood. Just so you don't get any ideas. 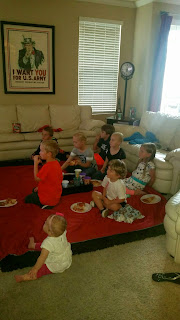 This isn't so much a distraction as an annoyance. I am fairly used to people butchering my last name. There are just so many things you can do to spell it incorrectly. My first name, however? If it is going on something this permanent, wouldn't you think to double check rather than just assume? I'll be requesting a new one today. 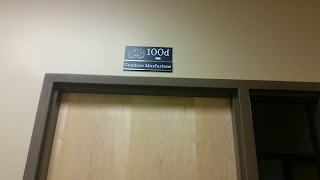 Then there's Mother's Day. It was pretty perfect. It included cards, homemade coupons, treats, flowers and gifts. If I haven't mentioned it before, Scott is the best gift giver. He always remembers things I've mentioned I want. Like these. 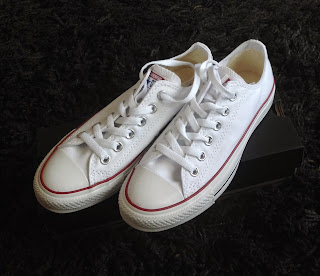 I also got lots of hugs and snuggles. My Ellie Bean is the snuggliest little human ever. It was one of my favorite parts of the day! 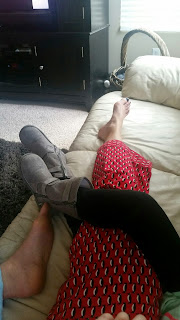 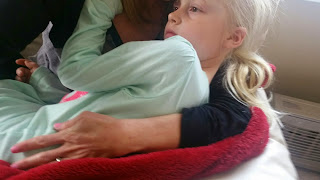 And just because you should be aware, every date this week will be the same forward and backward... 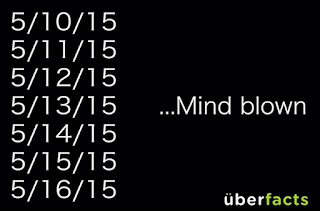 And just in case you were wondering if Ellie still loves horses, she had to write a sentence for the word "wish" on her spelling test last week. This was her sentence: 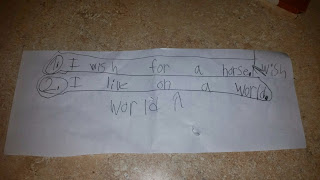