Returning to Running After a Stress Fracture 101

August 13, 2014
Coming back from a stress fracture is hard. After spending eight weeks not running at all, it was hard to hold back when I could finally run again. But it was also hard because running seemed hard. And my leg wasn't pain free, which has been frustrating after I ran in pain for three months and wanted to finally run without thinking about my leg at all! I just wanted running to be like it was before the stress fracture.

The two reasons it was so important to ease back into running post-stress fracture were 1) to make sure my stress fracture was completely healed and 2) to prevent a new injury. Just because I was running 40+ mile weeks before I had to stop running doesn't mean my body was ready to jump right back into that mileage. While my body has some memory muscle and knows what it's like to undergo that kind of stress, it wasn't ready for it. Pool running kept me in pretty good running shape, but it isn't the same without the impact you experience with actual running. Even cardiovascularly, it is different. Your body has to do different things to maintain its temperature while you are in the pool than when you are running in different temperatures.

When I started running again, this is the plan I followed:

There is a lot of helpful information with the plan that talks about the purpose for the plan and how far, how hard and how often to run, so you can change the plan according to your injury and recovery needs.

Another great article I found talks about phantom pains, which was really helpful on those runs when I had little panic attacks because my shin started to hurt:

"Sometimes, as a runner returns to the sport after taking time off from a stress fracture, phantom pains in the area of the fracture are felt. Phantom pains, often similar to the pains that a runner first experiences when a stress fracture develops, can lead a runner to believe that the stress fracture has not fully healed or that another has developed in exactly the same place.
There are a few ways to tell if the twinges of pain you are experiencing are the real thing or not.
First, does the pain remain steady or progressively get worse throughout the run?
If so, check with your doctor; if not, and the pains are sporadic and vary in intensity and location, chances are that the pains are "phantom pains" and are not a cause for worry.
Phantom pains can be caused by aforementioned calcium build up but can also be mentally induced by fear of re-injury. Think of it as post-traumatic stress fracture disorder where instead of mental flashbacks to the time of trauma, there are phantom pains."

It also talks about diet and stress fractures, calcium buildup that can cause numbness and tingling, and has this sample return to running plan: 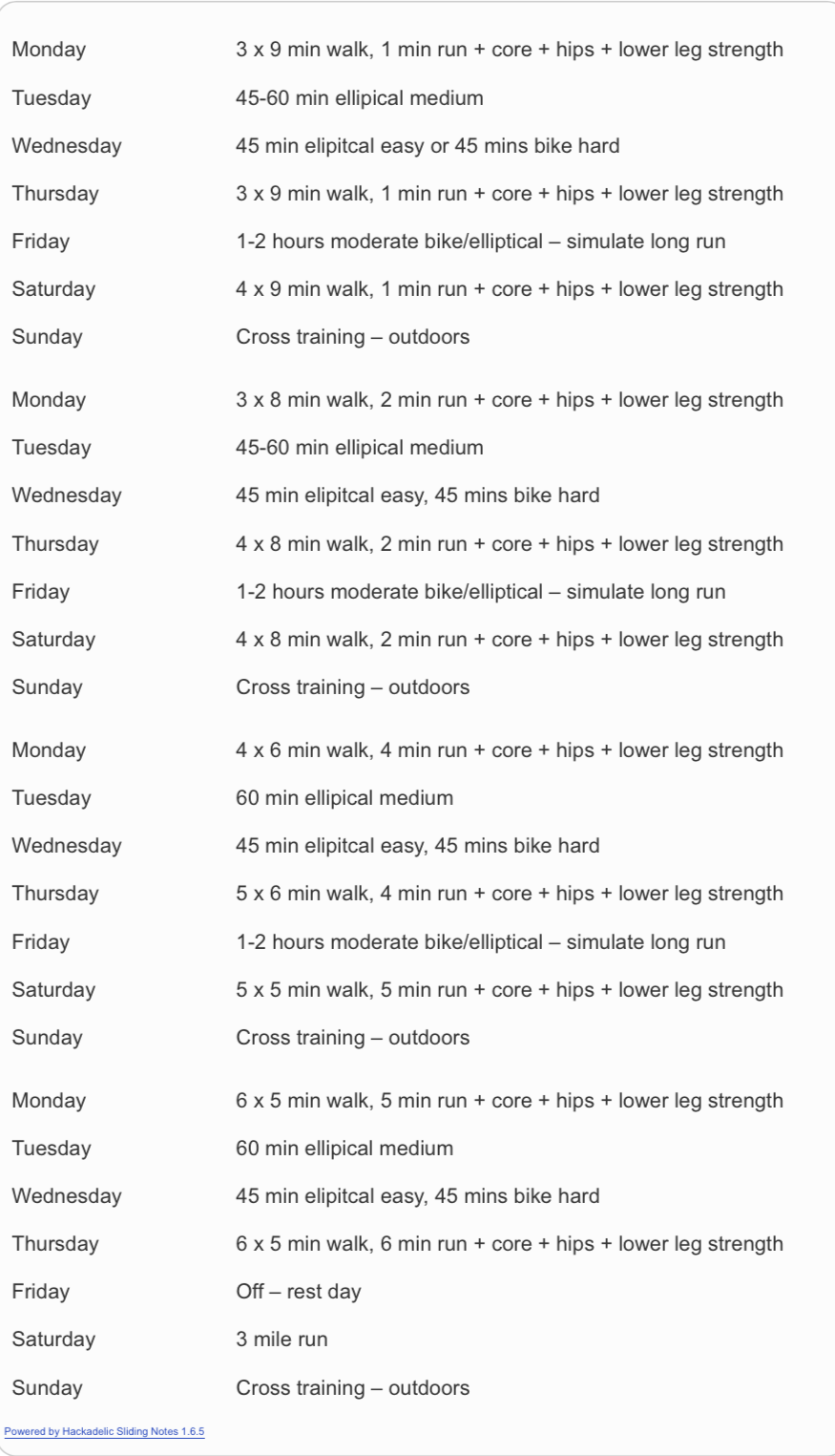 Some of these things I've mentioned before, but in addition to gradually increasing my running, the things I have done to ensure a healthy return to running are:

What is the longest break you have taken from running?

What is your favorite way to cross train?