Running is the perfect way to kick off a Moab vacation

Saturday morning I felt a little overwhelmed with all I needed to do. We were heading to Moab that day, and I still needed to pack, get the oil changed in our vehicle and run a few other errands. I put my running clothes on first thing in the morning and then later texted Scott to say I wasn't going to run so I could get everything done. But he texted back that I should run, then called to make sure it would happen. So I somewhat begrudgingly headed out for my short 30 minute run.

30 minutes later, I felt 100% better and ready to tackle my to do list. Which I did, with time to spare.

Then we headed to Moab where we made the most of every second we were there. 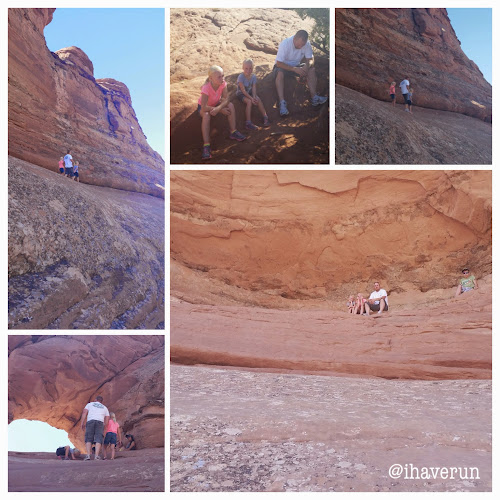 We hiked in Arches. This outing was not without it's moments of whining and tired legs, but it was worth it to get to the Delicate Arch. And Ellie is a big fan of hikes (and bike rides) that are downhill on the return trip! 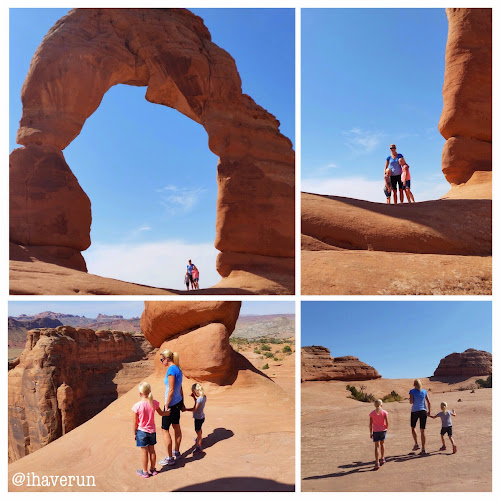 There was, of course, also lots of swimming. You would think they never get to swim based on how excited they were to hit the hotel pool! 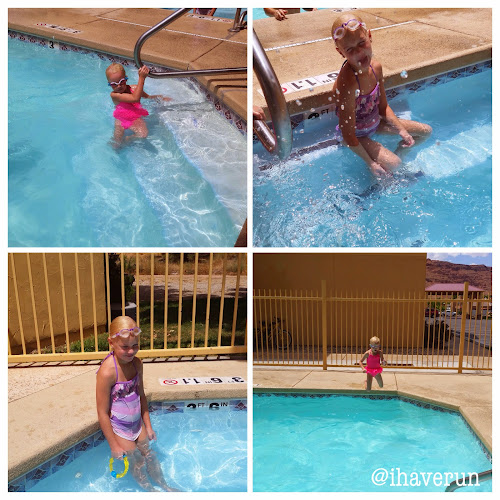 And no Moab trip would be complete without a meal at Pasta Jay's, my favorite Moab restaurant. 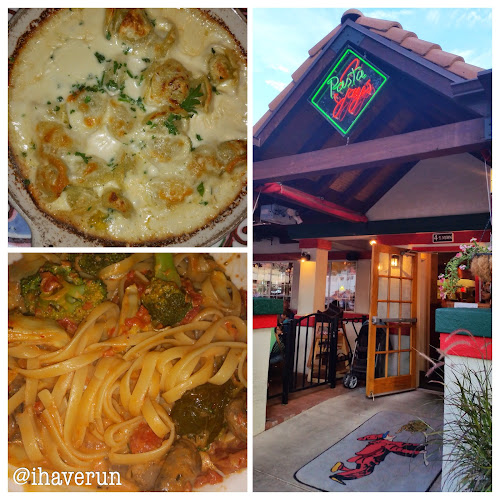 We also took the girls to a few special-to-us spots. Scott and I got engaged in Moab and celebrate the anniversary of when we met (July 26) there almost every year.

This little waterfall spot was one of the highlights for sure. And being able to let Rowdy swim, which for some reason Grace loves to do (although I'm pretty sure Rowdy doesn't share her enthusiasm), made it even better. 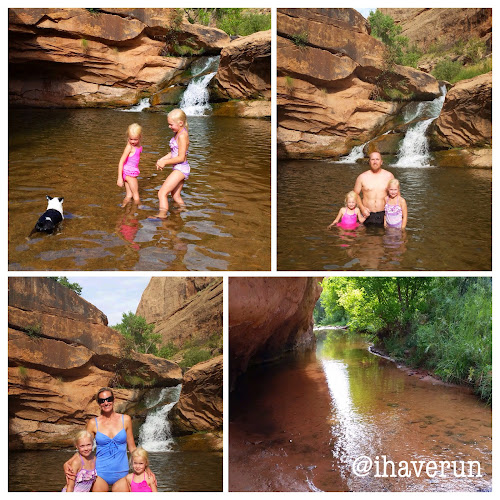 Need more proof that we played hard? The few times Ellie Bean slowed down for a few seconds, she crashed hard! 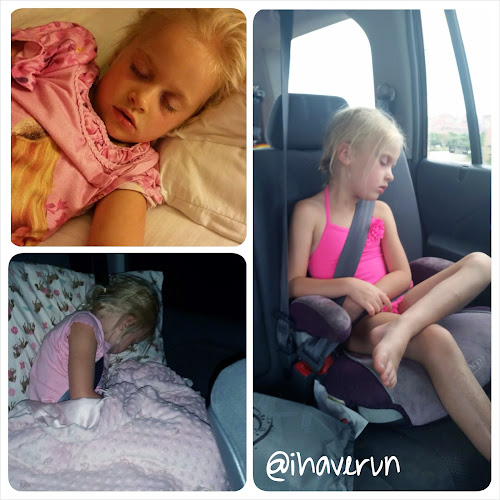 What is your favorite pasta dish?

Do you prefer to swim in rivers/lakes or chlorinated pools?