Maybe I should turn this into a food blog...

February 17, 2016
I hope you all had a fabulous Valentine's Day! It was a weekend of celebrating over here. Friday night, Scott and I went on our official Valentine's date. Saturday, he surprised me with flowers and chocolates. Valentine's Day just isn't officially celebrated until chocolate is involved. Then Scott surprised me again on Sunday with this new jacket in dark blue. Which I love. He got the same one for me in gray a few years ago, and it has been like my second skin. I seriously wear it a ridiculous amount. Year round. Because I am always cold. 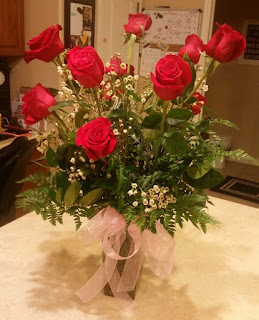 On Monday, I made these cookies. Which are actually called Brookies, because they are half brownie/half cookie. Because Grace's teacher's birthday was two days before school started, we decided we needed to surprise her with a half birthday celebration. Yesterday was the big half birthday, so I thought these were only appropriate. Pretty much any celebration isn't complete without chocolate in some form. 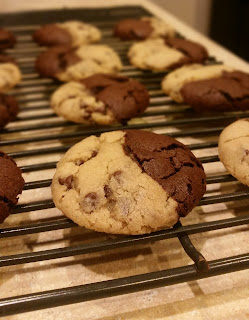 For the record, both sides of the Brookie are equally delicious. Grace called them "the bomb.com," and Ellie told me they are "heaven." This says a lot because while Ellie can eat candy like it's her business, she's not big on baked goods. I am warning you, if you make these, you will likely consume a dozen of them while they are still warm out of the oven.

Besides eating a ridiculous amount of cookies on Monday, I took Grace to run some sprints. She wants to get her run stronger and faster on the vault at gymnastics, so I told her a few weeks ago that we would start running sprints together. Between the weather and the air quality, we haven't had a chance to get outside, but Monday afternoon the rain finally subsided and the skies were visibly blue for the first time in way too long. She's a speedy little thing and made me work to keep up with her, which was great because I had forgotten what it feels like to push that hard! I'm already looking forward to the next time we get out there to run. 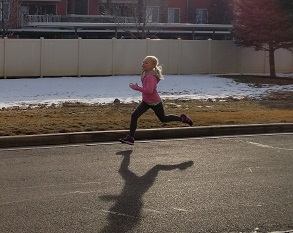 On a more random note, I have apparently taught my children the beauty that is food because Grace asked to borrow my phone the other night to take a picture of her hot fudge sundae. 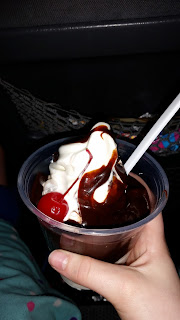 And speaking of food, Cauliflower Fried Rice is one of meals that has entered the regular rotation at our house. That in itself is notable because Scott will tell you that we rarely eat the same thing twice lately. I have been on a "try all the new recipes I can find" kick the past few months. I did finally start printing out the recipes we all like so I can be sure to make them again. Don't mind the poor picture quality. I was too anxious to get the food in my mouth to wait for the steam to subside before taking a picture. 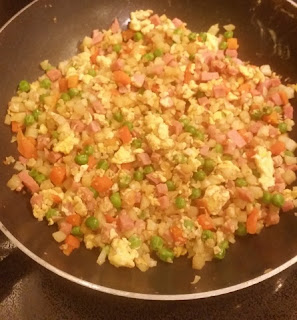 I just realized three out of the five pictures in today's post are of food. Maybe I should turn this into a food blog. Only then I'd have to run even more because I'd likely end up cooking and baking (and therefore eating) even more than I already do, so then it would become more about running again. It would just be a vicious cycle. So I'll just keep talking about all the randomness that is my life. Food, running and all the rest...