First things first. Happy National Running Day!! I hope you all get in a great run today. I will be cross training my heart out but might try to sneak in a short little run with my girls later in the day just to celebrate. 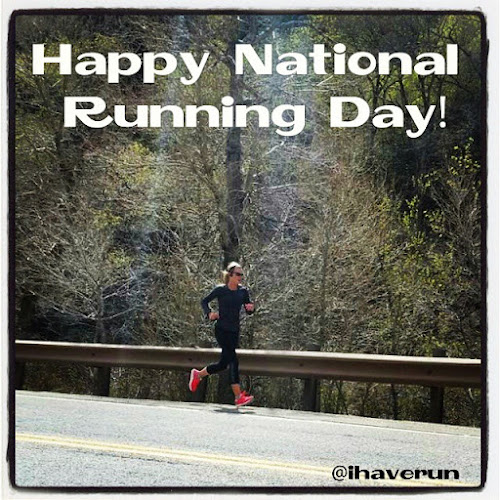 Ever since I got my Chucks, my girls have wanted same. When we found these copycats for $10, I was all for it! And now I want my own pink pair, of course. 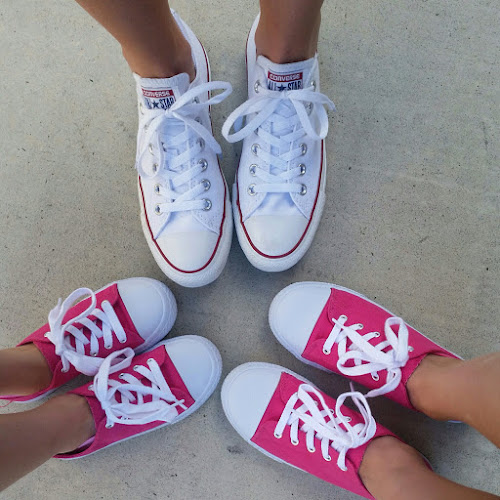 Those darling pink shoes may look innocent, but they led to my lowest point of the day yesterday. In fact, it was one of my biggest motherhood fail moments in a while. My Gracie girl took this picture to send to her dad to show him her cute outfit and new shoes. 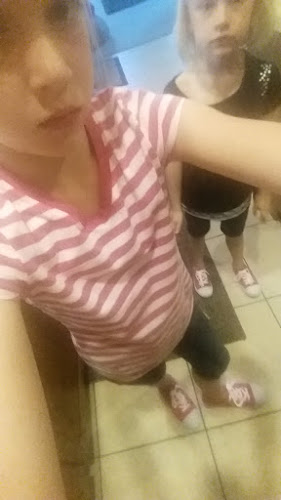 The motherhood fail came when she went to text it to him and saw this: 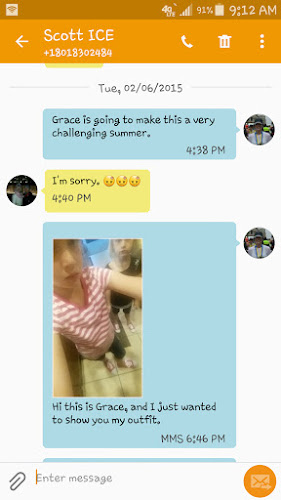 I was upstairs putting clean sheets on her bed when she came in and said, "I'm sorry I'm going to make this summer so challenging."

If she'd said it defensively or angrily, I probably wouldn't have felt like I'd just been punched in the gut. But I could hear the hurt in her voice as she said it sincerely. My heart broke.

Of course I responded so maturely. I flipped out all defensively and got mad and told her not to read other people's texts, which was practically impossible since they were RIGHT THERE when she went to text her dad. Not only did I feel like crap for her seeing the text, but I was mad at myself because I'd actually had the thought that I should erase it after I sent it to Scott. Then I was mad at myself for how I reacted and the things I said. It was the perfect storm of motherhood failure.

I eventually became an adult again and when I was laying by her at bedtime I talked to her about what I was referring to when I sent that text to Scott and how we could make the summer less challenging together. And because in my meltdown, I may have said I don't want to be a mom, I explained to her that there's nothing I want more than to be a mom but that I feel like I fail so much, and when I feel like I'm failing, it is so hard and discouraging and makes me say things I don't mean.

I'm sure I've scarred her for life. And since she has a ridiculously good memory of even the smallest most random things, I'm sure she'll never forget seeing that text. I'm sure I'll carry the guilt of yesterday for many days to come. It will make me sad in unexpected moments. But all I can do is try to make today better, try to be a better mom today than I was yesterday, and learn from my mistakes.

So the next time you have your own #momfail moment, remember you're not alone. Remember you're human. And apologize, because they deserve it. Then move on and keep trying to be the best mom you can every single day because those little people who love you deserve the best.