May 29, 2015
Last Friday evening, we piled in the car and headed south. We made it to Vegas and got a few hours of sleep before heading the rest of the way to Arizona. We got there in time for our girls to play with their cousins for a bit. Then we got in concert mode and drove into downtown Phoenix to the U2 concert. It was the sixth U2 concert for Scott and me but the first for my two girls. If you haven't figured it out by now, we're big U2 fans around here. 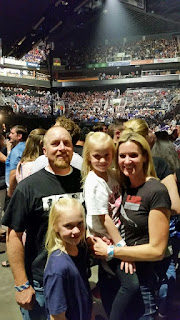 We took earplugs because the girls were nervous about how loud it would be, but I accidentally left them in the car. They didn't complain once about the noise. We get presale fan club general admission "seats" on the floor, so we had to stand, but it is the ONLY way to see a U2 concert! You feel like you are a part of the action. I held Ellie most of the nearly three hour show and Scott held Grace up when she needed a better view. I'm pretty sure U2 is their favorite band now. And I'm also pretty sure no other concert will live up to the standard this one set for them. 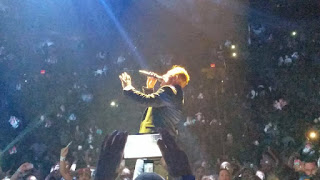 Sunday morning we went to church with my sister's family because they blessed their baby. Shortly after church we headed home. We stopped at the Hoover Dam to break it up a little and then powered through, getting home close to 3 am. 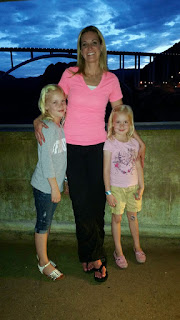 We wanted to have Monday to unpack and to give me time to get ready for the end of year celebration for my publishing center kids on Tuesday night. After a lot of stress getting the students' published books on time, which included a visit to FedEx Tuesday morning, the night was a great success!

Today marked the end of the school year, which has been harder for me than any other year. Grace gets her resistance to change from me. So add my lack of ability to adapt to change to how sad it has made me for my girls to be moving up a grade, and I've had a hard time the past few days. 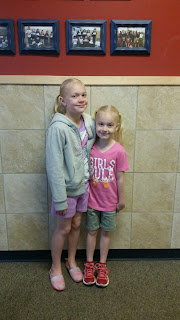 I have been struggling in other ways as well, so this week has been kind of rough. For the sake of keeping this post from being a novel, I'll share my other struggles later. For now, I want to wish you all a happy unofficial start of summer.

And as far as running updates go, I have run twice this week and plan on making it three times tomorrow. There is light at the end of this injury tunnel. I think. Fingers crossed. More on that later too...

I also want to remind you to enter my Spartan Race Entry Giveaway!! If you have any problems leaving a comment (a few people have emailed saying they got an error when trying), you can leave a comment on this post or on my Instagram post about the giveaway.