Running 13.1 miles is a pretty good way to kick off Thanksgiving. But if you have my little support crew cheering you on, it's pretty much perfect. 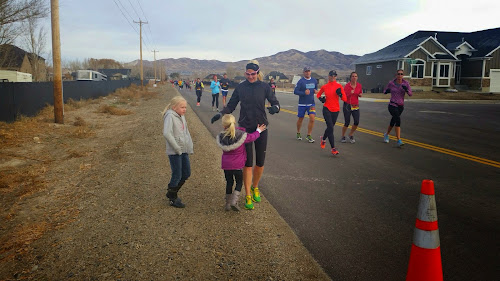 I got lots of hugs, kisses and smiles from my girls and Scott along the course. 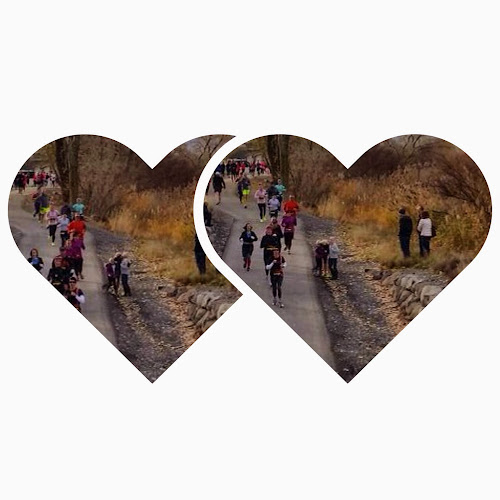 I love these two pictures Scott captured because I'm smooching Grace in one and Ellie in the other. I'm an equal opportunity smoocher. 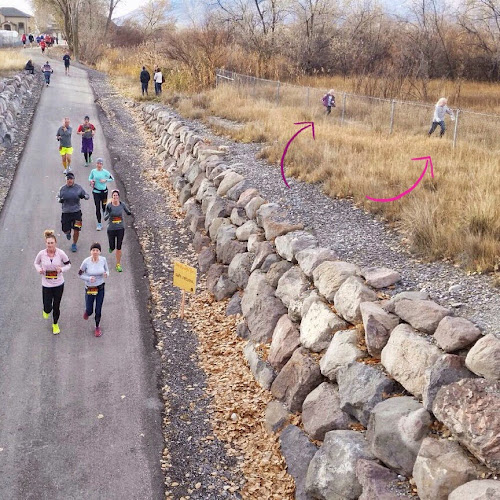 And I like this one because I had no idea my girls were running along the fence after I started running again until I saw the picture later in the afternoon. 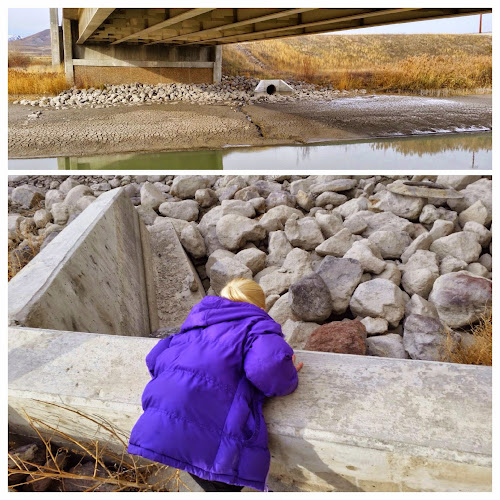 Although the course itself isn't one of my favorites, it was nice to run without any time goals and to stop and hear updates from my girls every time I saw them. Like when I ran up to them and Ellie was hanging over the side of the course looking down into a drain pipe that she and Grace had decided was home to trolls. 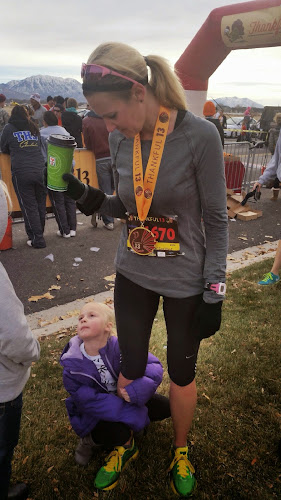 At the finish, Ellie decided she was a troll. Apparently trolls hang on people's legs. And yes. They had hot chocolate waiting for me at the finish. I'm telling you, there isn't a better support team out there. 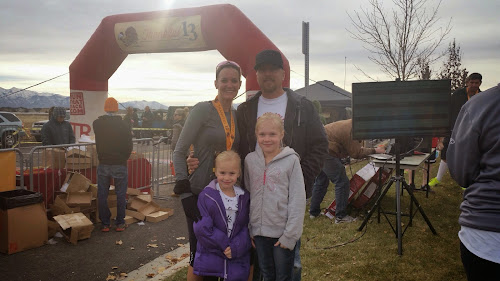 I really like these three people. They pretty much rock my world. And that isn't just the endorphins talking! 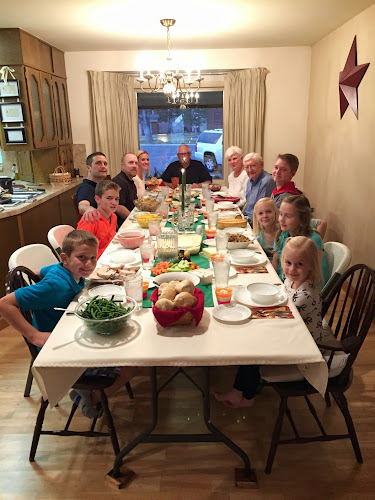 Then there was the food. So much yummy food. We spent Thanksgiving with my aunt, uncle, cousins and her family, and my grandpa. It was so fun and relaxing. Exactly how the holiday should be. My kids love their cousins and think it's pretty great that my aunt is also their principal. 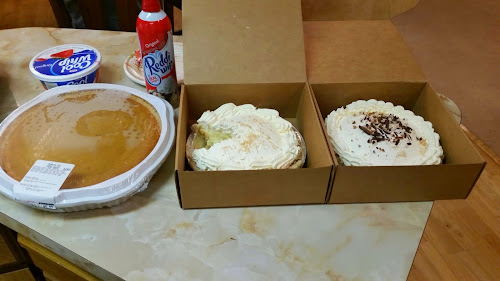 After dinner we played games. And of course no Thanksgiving is complete without pie. Pumpkin, coconut cream and German chocolate. Then there were more games. And the girls talked the moms into a sleepover. Because why not?!? The more family time the better!

I hope you all had an incredible Thanksgiving and were surrounded by people who fill you with love and gratitude every day of the year!