You gotta know when to walk away...

September 09, 2014
Last week was a crazy week. As much as I love birthdays, I'm happy it's Monday and the craziness of last week is behind me. I was up late almost every night last week, trying to get things done. Things I would normally do during the day while my girls are at school. But now that I'm at school all day too, I've been trying to figure out how and when to get everything done.
Friday was Ellie Bean's birthday! After giving her a list of dozens of options, she chose to have her birthday dinner at McDonald's. Hey, the heart wants what the heart wants. And her heart belongs to McDonald's. 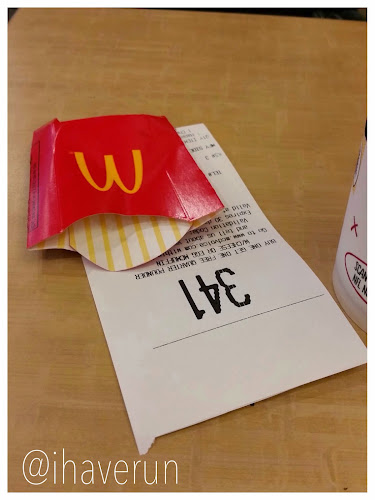 Saturday she had her friend party with a Frozen theme. Of course there was a sub-theme...horses. Almost all her gifts fell into one of those two categories. 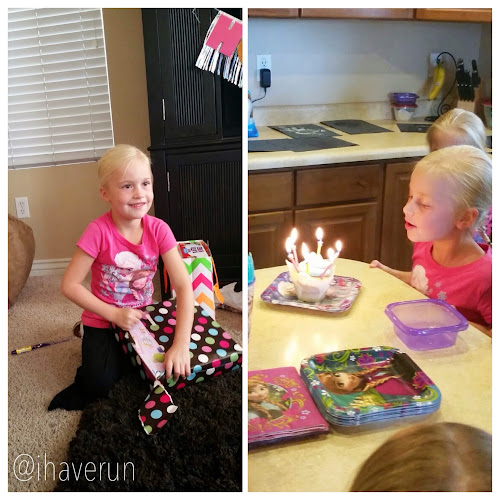 And because I'm human, and because I actually handled it surprisingly well, I will tell you about my cake fail.

The Elsa doll that was supposed to be in the center of Ellie's cake was abnormally tall compared to traditional Barbies, so Friday night I ended up baking two additional layers to make her skirt. After I hollowed out the center and began to insert Elza, I turned the cake and realized there was a large section falling apart. There were so many layers that it was hard to have a hole in the middle without the cake having structural problems. I learned that without getting an engineering degree. Impressive, huh? I repaired it and began the first layer of frosting. Then I stopped and stared at the cake for a few minutes. I had three hours to finish the cake and get ready for the party, which included showering so I wasn't still in my running clothes when the party started. 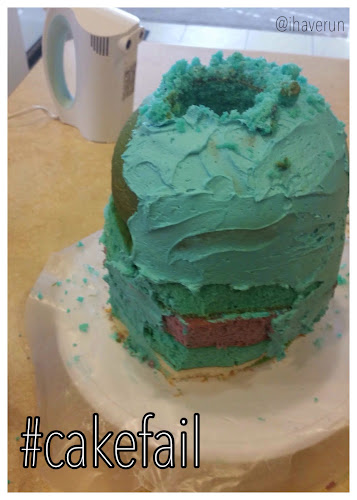 So I asked Ellie if she would be super sad if we went and got cupcakes instead and got Frozen figures to decorate around the cupcakes. She's a pretty easy going kid and didn't seem to care too much either way, so we pulled the Elsa doll out of the cake and headed out to purchase the necessary items. (She did later tell Grace that she was a little sad and disappointed about her cake, which kind of broke my heart. But sometimes you have to know your limits.) 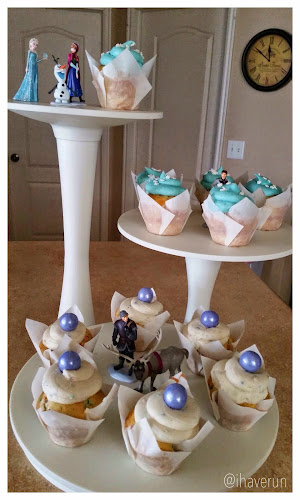 For the record, I have been running. I've still been getting in at least four runs each week, which I've been able to be ok with because technically I'm tapering. Saturday the incredible Janae joined me for most of my 10 miles. For normally being a solitary runner, I couldn't love my runs more than I do when I'm running with Janae.

And then there's this. Kind of sums things up for me.

How do you celebrate birthdays?

What is your favorite Disney movie?