Not all unicorns and rainbows over here

Sometimes we look at other people and think their lives are perfect. Especially with social media helping portray so much perfection.

I try to be a positive person, but I also try to be honest. Yet sometimes I leave out some of the "real" stuff because it might come across as negative. My life, as good as it really is, is not all sunshine, butterflies, rainbows and unicorns.

Like when we go on our family outings. Sometimes one of the girls complains. Saturday we took our bikes to Park City to ride on a new-to-us trail. It was our first time on a dirt trail, and we started on a slight, slow gradual uphill. Ellie was not happy and her legs got tired quickly. She complained until we turned around after only a mile. A mile that took us 20 minute. On bikes.

She was much happier on the downhill and even cooperated for some pictures. But we only made it two miles because she was tired and whiny, and I was tired of her whining. 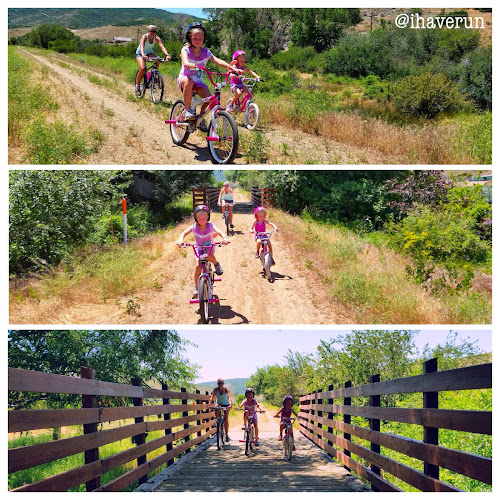 Our family bike rides and runs sometimes take extra patience. But the girls are gradually complaining less and less and their legs are getting stronger and stronger. More often than not, our entire rides and runs are fun and memorable with little or no complaints. So those pictures of us smiling and having fun are real. Because it's always better to focus on the good!

Some days I wake up tired, with a headache, and this happens. Then it makes me jittery from drinking caffeine on a practically empty stomach. But I don't want to eat because I just sucked down enough calories to equal a meal.

Then there's the fact that my girls are temporarily sleeping in separate rooms in hopes that bedtime will be more peaceful and it won't take an hour for them to finally fall asleep because they argue or because one of them gets out of bed and the other has to know why or comes downstairs to tattle.

And that extra hour they are awake every night makes for grumpier girls the next day. There's also the hope that the first one awake won't insist on waking the other one up. 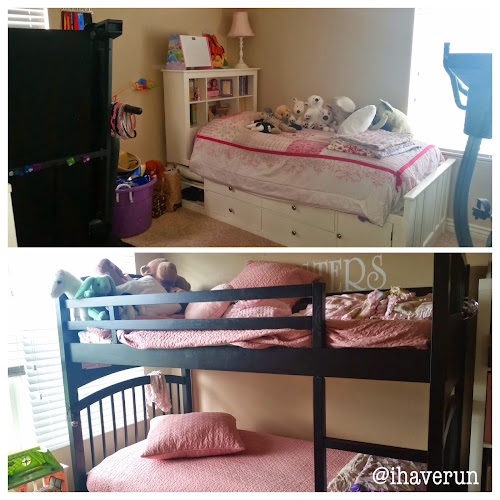 Yet there are so many nights when they want to sleep on the floor together because their bunk beds are "too far apart," or they spend the day building a fortress out of cardboard boxes and want to sleep in it together. They are kids. They have their moments. And go through phases. Good and bad. But mostly good!

And yesterday I ran 25 minutes. But it was hot. And hard. And I crossed the street at a stoplight instead of turning just so I had an excuse to stop. And I get discouraged when I see pregnant women running farther and faster than me. Or when I see the countdown to my next marathon on my phone and wonder if there's any possible way I will actually be ready for it.

Sunshine sometimes sucks when you start running and it's already in the 80s and there isn't a cloud in the sky. Butterflies are disgusting in their larva stage. Rainbows are temporary. Unicorns don't exist. And if they did, they would have really big turds.

So when you look at pictures of perfection and read about idyllic adventures, just remember we are ALL human. There's no such thing as perfect.