Last year I ran the Freedom Run 5k on the 4th of July. And placed first in my division.

This year, I am barely running 3.1 miles in a single run without scheduled walk breaks. What a difference a year and a stress fracture make.

There was no race for me this year, which made me a little sad, especially when I saw the last few runners finishing the race as the fam and I claimed our spot on the parade route. One of the things I love about the Freedom Run is that it goes along the parade route for a large portion of the race.

I had a lot of fun in spite of my lack of running, though. Janae and Brooke, who we've adopted into our family whether they like it or not, joined us for the parade. The highlight for Princess Grace (besides being a little helper to Brooke) was seeing the cast of Studio C. And Ellie Bean's favorite part was obviously the horses. Every time there was a horse of any kind, she dashed up as close as she could get.

Ellie's birthday is just around the corner, so if you're looking for a gift idea, she wants a Clydesdale. 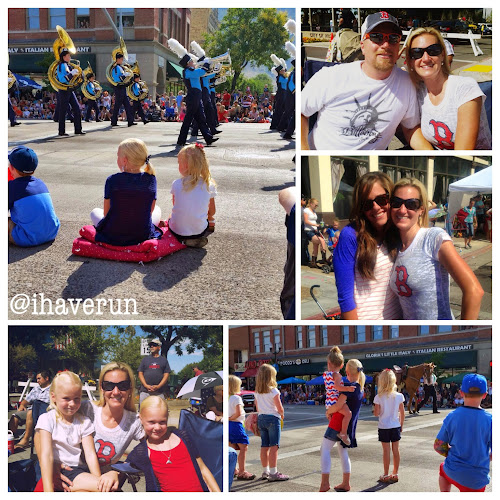 If you're looking for gift ideas for anyone else, I know where you can get a cool plastic fireman hat. And if you wear it backward, it's great for blocking the sun. But the plastic isn't super breathable, so your head might start to feel like it is on fire. Ironic, I know. 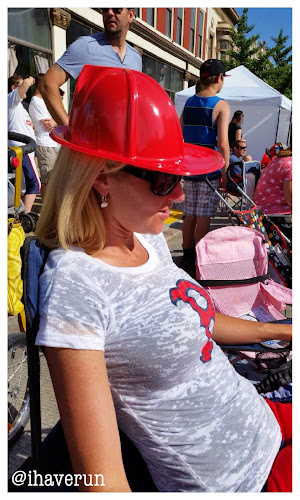 After baking at the parade, swimming just made sense. Plus, it just seems like the right thing to do on the 4th of July. 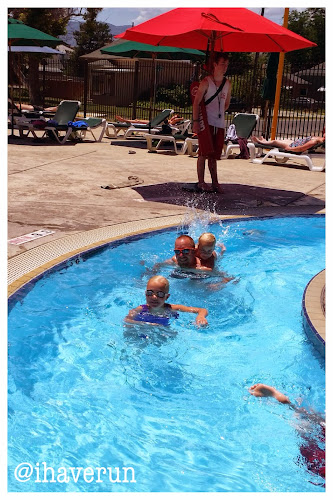 Then, after impatiently waiting all afternoon, we finally headed to the Stadium of Fire. 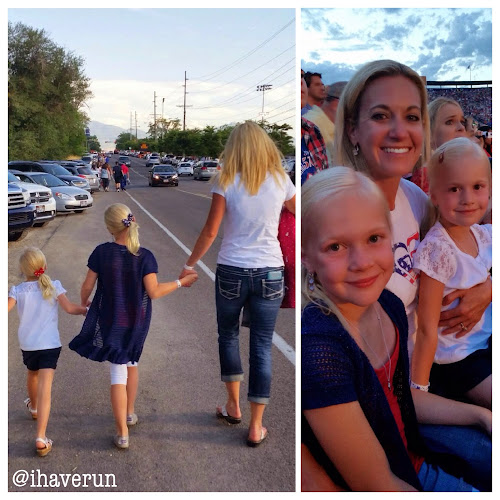 The girls loved it last year, especially Kelly Clarkson, but neither of them loved the fireworks. Ellie even ended up back in the car last year with Scott because they were too loud and kept making her cry. This year, Carrie Underwood lived up to the standard set last year, and both girls LOVED the fireworks. We did have earplugs for Grace and noise cancelling earmuffs for Ellie, which helped! 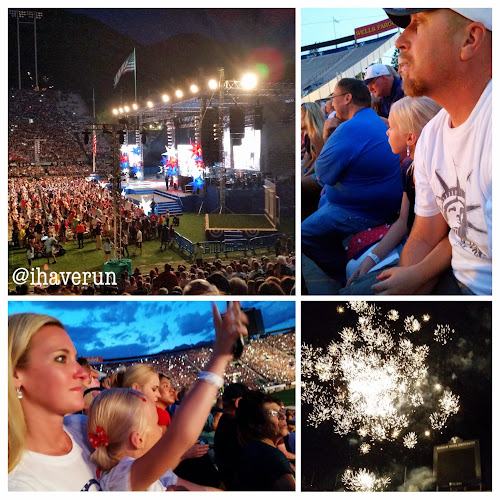 Around 9:30, Ellie asked now much longer the concert would be because she was really tired. In spite of how incredibly loud it was, she fell asleep and slept through the last five or six songs. She woke up when I put the earmuffs on her and stayed awake through the fireworks, but she couldn't make it home without falling asleep again. 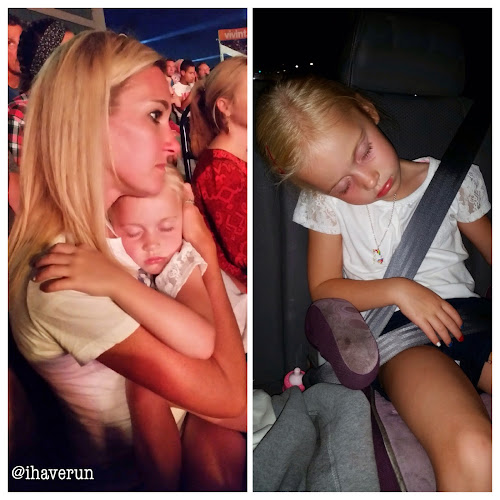 The Stadium of Fire was the perfect end to the week, which began with a Patriotic Service last Sunday, where we heard Laura Bush speak. It was such an incredible, memorable experience! My girls have told everyone about it since. And yes, I snuck in Swedish Fish for my family, even though I don't like them. True family love right there. 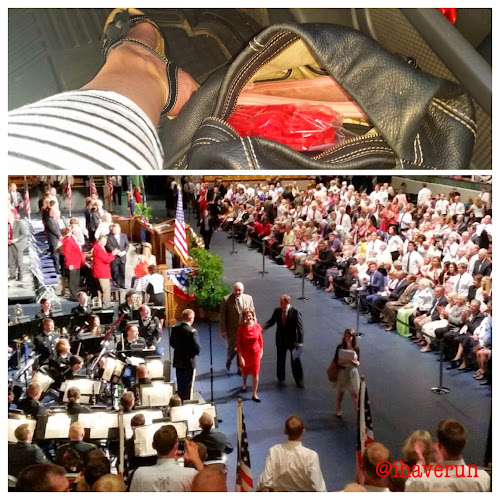