The I Have Run Fall TV Preview 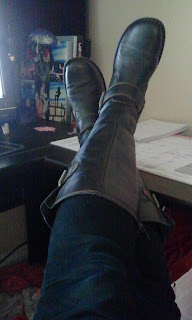 I tell you, life around here is too exciting for words.

I broke out my boots today. The Princess lost her fourth tooth last night. And you would have thought my Bean had never seen rain before based on her excitement level this morning. 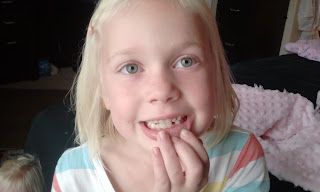 I know you are jealous of the glamorous life I live, but don't be a hater.

As far as my amazing running life, I got my first pre-race butterflies this morning when I was thinking about updating my iPod before the St. George Marathon, which is only 10 days away. I couldn't be happier about running in the fall temps lately and just hope they make their way south in the next 10 days!

Speaking of fall, the hubs and I decided not to watch TV for two weeks. I'm not sure we really thought that through before we committed to it since a lot of the fall TV season is starting this week. The New Girl season premier is tonight. And the Modern Family premiere is tomorrow. I'm not letting myself find out what else I'm missing this week. Thank goodness for the DVR. I just keep telling myself that means we'll have a lot of good shows to watch in two weeks.

And since this is a running blog, I of course have to give my two cents on television shows...

What I'm willing to give a try: 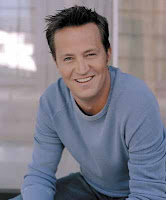 Nashville. The hubs and I decided Hayden Panettiere has become enough less annoying to give this one a go.
Go On. I'm already liking this one. Matthew Perry is just so likable. Different from lickable.

Shows we are catching up on, thanks to Netflix:

Once Upon a Time. It just doesn't have any appeal. It's like a creepy kids show.
The Mindy Project. Maybe I'll be proven wrong.

How is it still on TV:

2 Broke Girls. I can say this because I watched the first several episodes last season. Ugh.

The Walking Dead. The zombies in the commercials just look ridiculous. Maybe because zombies are ridiculous.
Animal Practice. Seriously. I saw the first minute of an episode and turned it off.

Shows I would watch if I had more time:

There are a lot of shows on TV. Did you know that? I just went through the Fall TV preview in Entertainment Weekly, and it is insane how much stuff is on TV just in the evenings. Good thing I run or I would seriously become a couch potato!

March 15, 2011
After two lame, pathetic, lackluster weeks of running, I woke up excited to run yesterday. And today, I wore my running clothes all morning in anticipation of my nap time run today. Even in spite of sore glutes and tired quads from getting in some P90X Core Synergistics last night, I couldn't wait to get moving on Millie. I am a planner. Today I had a plan to get my run in while my girls slept, and my day was organized accordingly. I am also a creature of habit. The first thing I do when I roll out of bed every single day is make my bed and my girls' beds. If I do something else first, it throws off the entire morning. I am a creature of habit when it comes to my running routines as well. There are a few things that differ depending on whether I am running on Millie or outside, whether my girls are asleep or not, and whether or not they are joining me in the jogger. Yet, no matter when, where, how far or with whom I run, some things are always the same. My hair goes into a pon
222 comments
Read more

January 22, 2014
There are a lot of good things that come from social media. We can connect with people we have lost touch with. We can unite as a group (runners!!) with a comment interest. We can promote a good cause. Sadly though, what social media does best is makes us feel bad about ourselves and makes us feel negatively towards others. This isn't just my opinion, although I can unquestionably support the truth behind this based on my own experience. I have spent way too much time feeling bad about myself as a result of comparing myself to others based on their Instagram or Facebook versions of themselves. And there are several people I have started feeling negatively about or have become completely annoyed with because of their IG and FB posts. It isn't just me though. There are actual studies that can back me up on the negative impact social media can have. I have read dozens of articles reviewing many different studies that show the overwhelmingly negative (vs. positive) effec
343 comments
Read more