August 23, 2012
I've been in a funk the last few days. I don't know if it's the adjustment to sending my girls off to school or not running since the weekend (ellipticizing and cycling just aren't the same thing!) or what it is exactly, but I've just been blah all week. I don't know how else to put it.

Maybe I should ask my husband. He's been thoroughly enjoying my cheerfulness! I bet he could put it into words. But he's not here and he'd probably be too nice about it anyway. That's just how he is.

So we'll stick with blah. 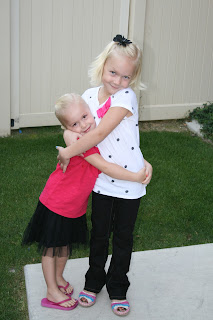 The Princess's first day of first grade. Bean started preschool the day before.

The lack of running is because my leg had been hurting since my long run last weekend. My hamstring had been bugging me, but then it turned into pain that runs down the back of my leg behind my knee and into my upper calf. I've been icing and rolling like it's my job. And the leg is starting to feel better. Luckily cycling and ellipticizing don't hurt, so I've been able to do something.

Another something I've been doing is this Photo-A-Day thing on Instagram. It has been fun! There is a different word for each day of the month, and everyone participating posts a picture from their life that fits that word. Here are a few of mine: 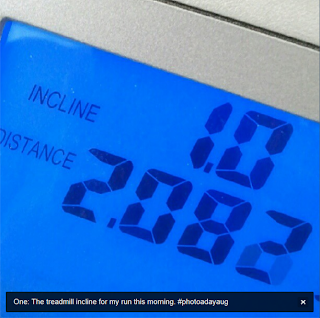 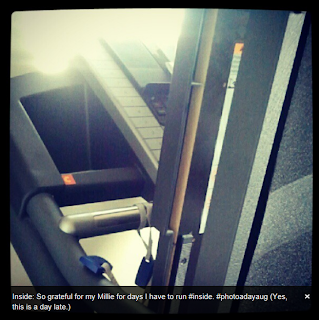 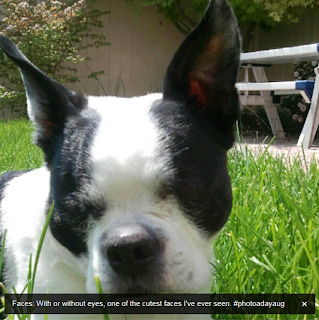 Surprisingly, only a few have been running related. But there could have been more. I just don't want my non-running friends to get too annoyed. However, I've decided to make September the Runnerd's Photo-A-Day month! Before the September 1st, I'll post the list of daily words. Then anyone who wants can participate by posting a photo each day on Facebook, Twitter and/or Instagram. There will be prizes. Runnerd prizes. More details to come with the list of words!