I love lists. Just ask anyone at my house. I have two white boards in the kitchen to prove my love of lists. I have "memos" on my phone with lists of awesome things my girls say, great places to eat and gift ideas. I usually have a to-do list on my desk, which gets updated almost daily. And when we were packing for Hawaii two weeks ago, I made a list of things to pack. And since my last post coincides closely with my departure to Hawaii, you now know why I have been MIA. To get back into the swing of things, I am going to make another list... 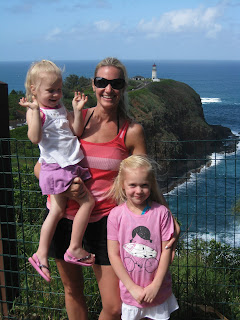