First Foto Friday (and maybe the only one ever)

September 23, 2011
This is what I'm wearing today. Yes, I added the "NOT." Probably hard to tell because I have such amazing photo editing SKILLZ. I figured the shirt works either way because running does suck because if I didn't love it so much NOT running wouldn't suck so much. I'm not sure how much sense that made or if it even makes sense because I think there is a double negative in there, but hopefully you get the idea. 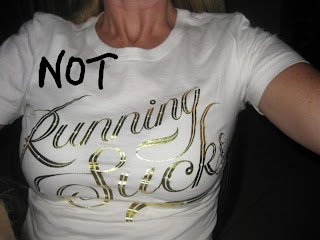 Sorry about the boob shot, but these were some of my other attempts: 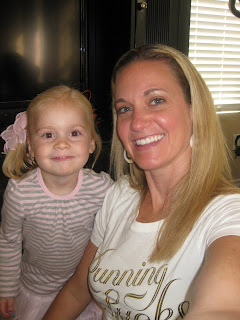 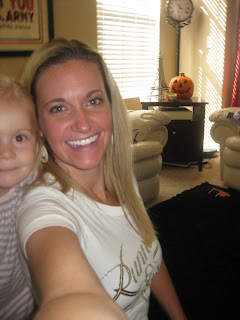 Sooo, you can't see the words on my shirt and Bean was determined to be in the picture. So I did what I had to do. Boob shot. Apparently I need a camera that zooms out if I'm going to try self portraits.

When I downloaded the pics off my camera, I found this: 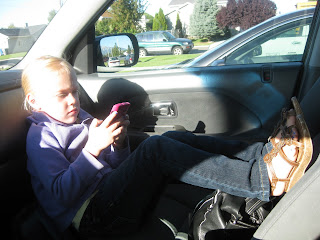 I took it the other day when we got to The Princess' school a little early and were waiting for the first bell to ring. Seriously, she is FIVE! Going on fifteen. And how the real fifteen already scares me! At least once a day, she tells me or the hubs: "You are ruining my life!" or "This is the worst day of my life."

I also found this pic. While I watched the Emmys on Sunday night, the hubs let the girls stay up late with him and watch the football game. 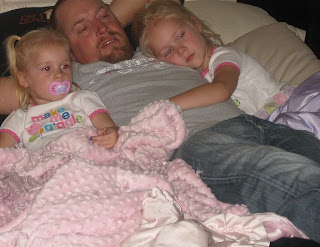 Speaking of the hubs. Yesterday, he said "snap it" in a moment of frustration. It was an attempt to not swear by combining "snap" (which I have brought back in full force at our house and LOVE hearing Bean say) and "damn it" (sorry Mom). It might be my new favorite word.